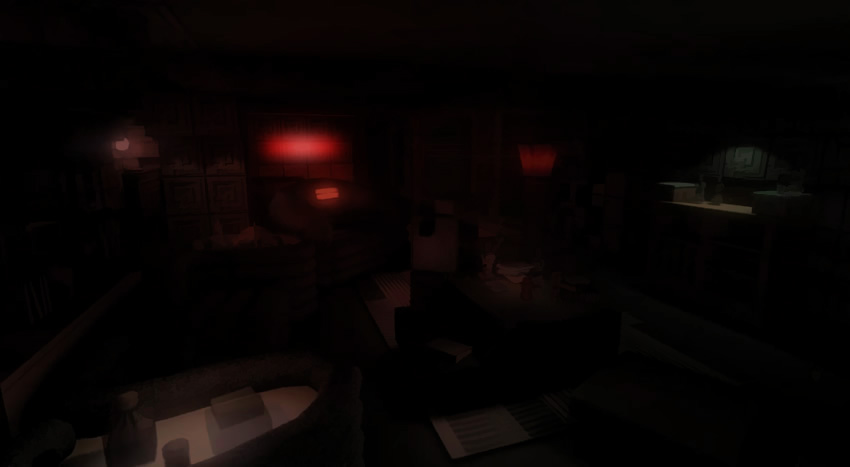 The empty apartment was only intermittently lit by the occasional passing car and the flickering blood-red neon sign from the fish market down the street.

He opened the front door and swiftly let himself in, flooding the apartment, if only for a second, with nauseating yellow light from the damp hallway.

It had been pouring down heavily all day and he was soaking wet, shivering uncontrollably from the cold. Borrowed drops of rain slid off his coat and fell on the braided carpet beneath his feet as he shrugged and shut, violently, the moaning door behind him.

He didn’t bother to turn on the lights or change out of his drenched clothes, he just hurried to his desk, sat on the worn leather chair in front of it and turned on the computer.

Hearing that confirmation tone after he pressed the power button, he just laid back and closed his eyes, losing himself in the darkness and the silence.

And for those few moments of pure emptiness, while the screen kept flashing logos and nonsense text, his mundane thoughts were left hanging in the air, his most secret of dreams and darkest of fears colliding into what he could only call ‘freedom’.

„Friday night,” he muttered, still with his eyes closed. “Finally Friday night…” he repeated, swaying in his chair, searching his pockets for a stray cigar.

The screen suddenly burst with bright blue colors, highlighting the deep crevices of his wrinkled face as he opened his eyes, straightened up and logged on.

He finally found a cigar stub, lit it up and paired it with cold coffee from the cup on the desk. How old it was he didn’t know, nor did he want to.

Thick stems of gray smoke swirled slowly in front of the monitor as he began reading new emails and replying to recent comments on his WordPress blog. And that’s when, while skimming through the latest news on the dashboard, an update notice grabbed his attention.

He clicked on it and the new page informed him that he had just one update to make. Odd. Usually there were a lot more updates than that, considering the fact that he hadn’t administered his site in about a week and had well over twenty plugins and a handful of themes installed.

“Lazy developers,” he thought, clicking on the update button for the single item available: a theme- Fluida. “Good ol’ Cryout Creations, you can always count on them to keep their themes updated.”

Sure, this new update button was much larger, had a thick red border and was accompanied by a verbose warning that needed to be checked as “agreed upon” before being able to actually make the update. But he went through with it, without reading any of it, thinking it was probably some new WordPress feature.

“Updating…” appeared on the screen for a few seconds then the word “complete” followed.

“That was fast,” he thought just when the computer abruptly shut down.

After pressing the power button in vain several times, he got up, stumbled across the room in darkness and eerie silence, and tried the light switch.

“The power’s out,” he concluded. And yet the neon sign was still flashing from the street. Some of that sickening yellow light from the hall was also escaping under the front door. 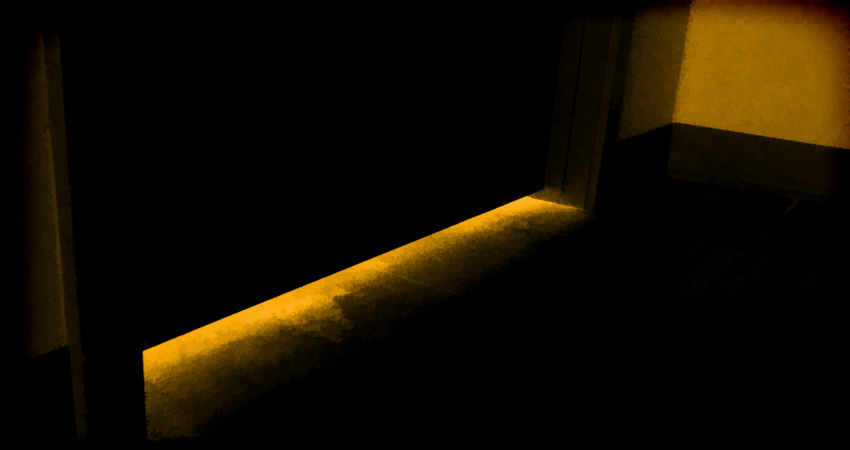 Footsteps echoed from the hallway, slowly getting louder and louder until they abruptly halted in front of his door, casting two blunt shadows in the yellow light.

No doorbell, no knock, no movement of any kind. He could swear he could hear a faint breathing sound through the door. “Did I lock it?” He started feeling his pulse raising, “I don’t remember locking the door!”

“Should I say something? Should I ask who it is? Or maybe he’ll just go away. Why won’t he do anything?”

The unknown presence starts howling his name, its voice echoing in the hallway like a thousand demons demanding retribution. His name, again and again, louder and louder and louder! He doesn’t know what to do, it’s driving him insane, his heart is close to bursting out of his chest.

“Yes, it’s me,” he finally screams in despair. “What do you want? What do you want with me? What…” He wants to yell some more but realizes he’s completely out of breath and instantly drops to his knees, bursting into tears.

But he can now hear the footsteps again, and raising his head he sees that the shadows under the door are no more. The footsteps slowly fade as well. Silence.

The computer has turned itself back on. He gets back on his feet, sniffing and wiping the tears off his face. He looks at the monitor which seems to still show the theme update message. He gets closer to the desk, trying to read what it says but he can’t really make out what it is until he gets really close.

There’s more text underneath that but he’s having a hard time reading it. The text is erratic, blurred and shaking aggressively. He’s squinting but he can only make out individual words like “unstable”, “volatile”, “abnormal”, “regret”…

His heart stops beating as he hears that sound again- the breathing- this time too close to him, right behind him! So close he can actually feel its unnatural warmth on the back of his neck. Inhaling, exhaling… A hiss!